It's been a long time since I did a proper post... so here we go! Claire talks all the time now! Most of the time it's intelligible only to her, but she does love to talk. New words she now has:

I don't think that's all...I just can't remember any more new ones right now. She still stops traffic anytime we're in public. She really knows how to work a crowd...just like her father! Being expressive does have it's downsides, though. As in, she is very determined to exert her will. She can be very intense. Mellow is one thing she has never been! We're just lucky that most of the time she channels all her energy and expression into enthusiastic "hi!"s and not "no!"s. She has really been growing a lot lately! I'm hoping she'll hit the 20 pound mark (finally!) when I take her to the Dr. next so I can turn her car seat around. She gets bored staring backward all the time.
Yesterday we went out to apple orchard country and had a picnic with some friends. We went on a hay ride, which Claire enjoyed. Especially the part where she kept throwing the hay/dust into the wind and choking the other people in the wagon! Yikes! Too bad it was almost 90 degrees! Not exactly fall weather here in Southern California! I had planned to get some great shots of her in the pumpkin patch, but they were charging way too much to get in, so I tossed that idea! Here's a picture of her relaxing in a beach chair: 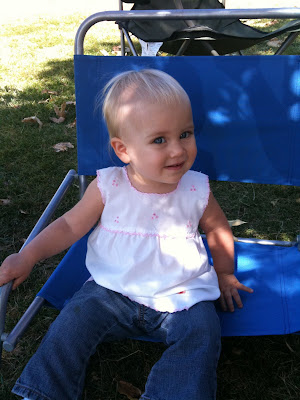 Saturday we took her to a shopping mall for her crowd fix, and we also took her into the pet shop. She went wild for the dogs! 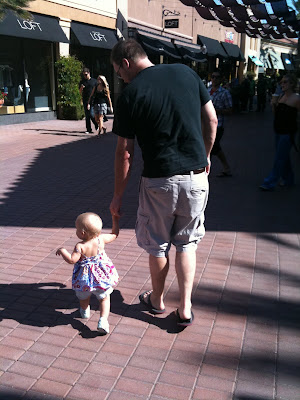 Now this is what fall is supposed to look like! This was the first rain of the season a few weeks ago. I was so excited! 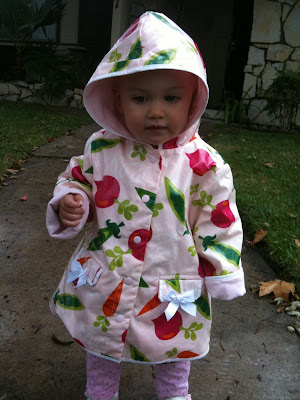 She DOES have hair! 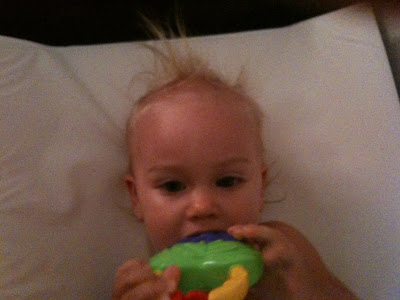 Here she is enjoying the tricycle we got her. All smiles, as always! 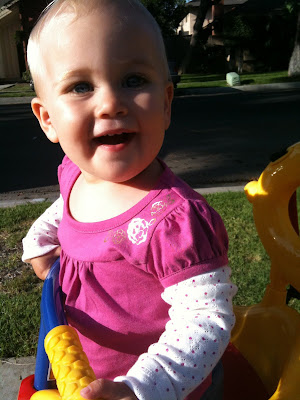