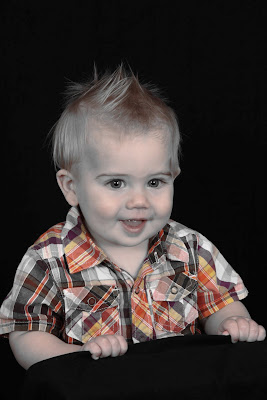 I can't believe our little boy is already a toddler! What a fun few months it has been. Jude has a very sweet personality. He smiles constantly and is generous with hugs and kisses! After mastering simple walking, he has now moved on to more challenging tasks such as spinning, running, and going backwards- and he has the bumps on his face to prove it!
For Jude's first birthday we went with a Rock n Roll theme. He, of course, wore a Beatles shirt that said "Hey Jude." It was a fun time, and we were blessed to have so many friends- old and new- to share it with! 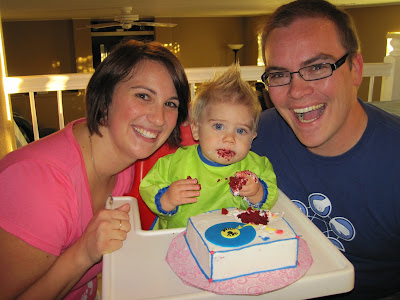 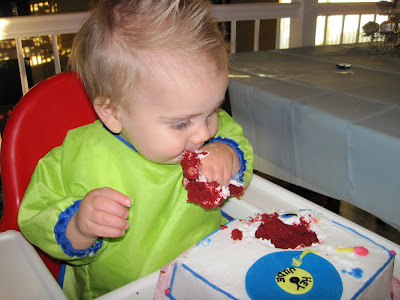 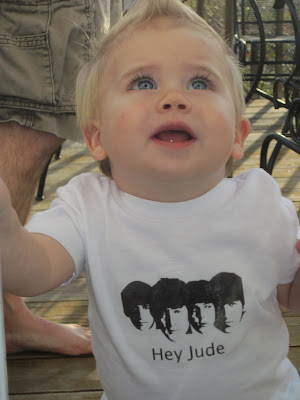 We also used his party as the perfect time to tell everyone that Squiddy #3 is on his/her way! So now Jude is both a little, and a big brother. Claire is hoping for a sister and is insistent that we name her Quesadilla. (We're taking it under consideration.) 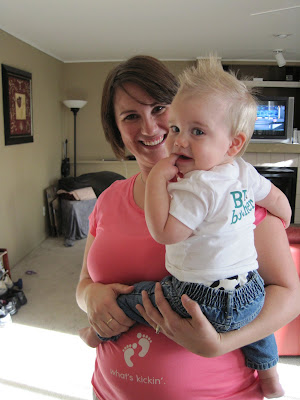 For Halloween we took the kids trick-or-treating at the mall. Claire was elated by the concept! She dressed up as "Alice's Wonderland" as she put it. We dressed Jude as a dragon. He tagged along, but did not do any actual trick-or-treating. Claire had so much fun! When we got home I let her choose a few pieces to keep and the rest went into the bowl of candy we were giving out to the neighborhood kids. She then got to hand out candy to everyone who came to our door. I think she had just as much fun handing out the candy as she did getting it earlier. We used it as a good lesson in generosity- giving most of the good things we've been given to others to make them happy. 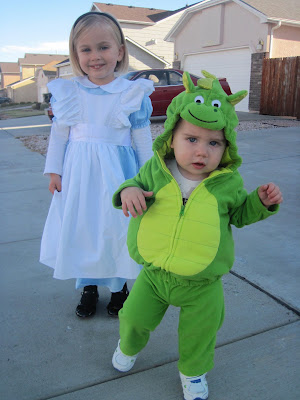 In house news: They have started construction! The hole is dug and I think the foundation will be poured today or tomorrow! Kevin and Claire get giddy watching the tractors work! We go over every day to watch the progress. We have already met some of the neighbors, and Claire has spent some time playing in one little boy's backyard. We're so excited! 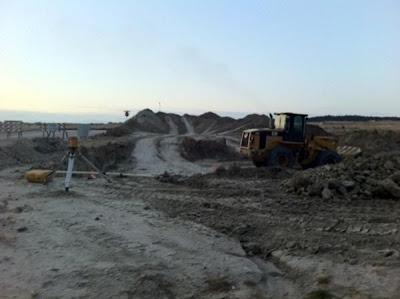 The next year promises to be filled with many big adventures! Before the end of 2012 we will have a new house and a new baby. Crazy!
Posted by Rechelle at 2:03 PM